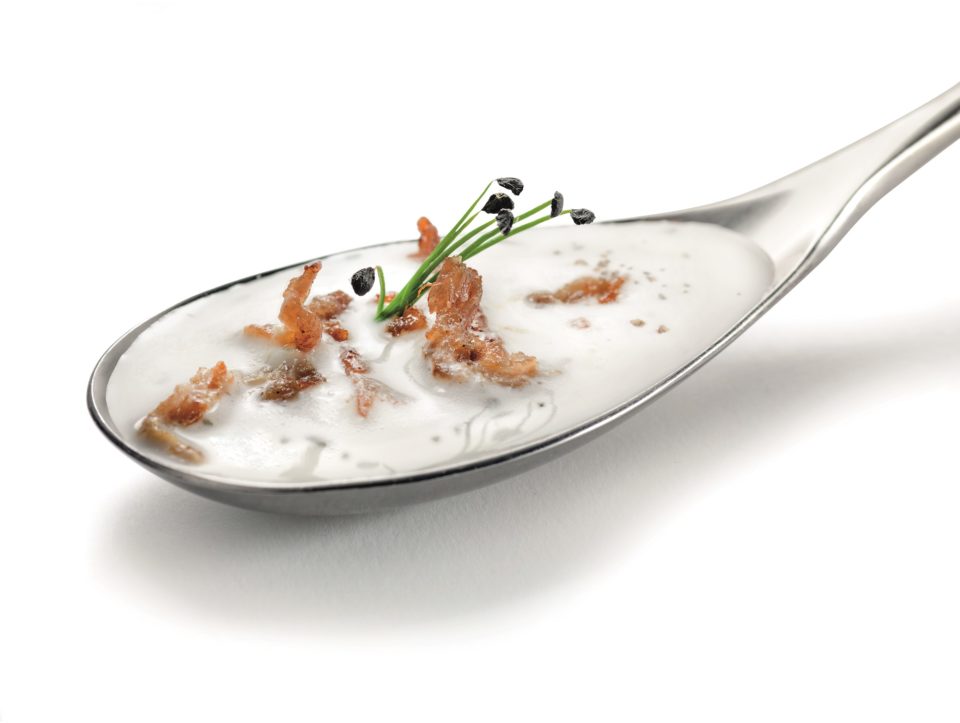 Boil the veal tail and the soup vegetables in 2 litres of water. After approximately 2 hours the tail will be done. Drain the soup and bring to the boil.

Mix flour into the sour cream until it thickens and pour it into the boiling soup. Add salt and pepper. Add the tarragon and if necessary thicken it with the egg yolk.

Take the meat off the tail and cut it into strips. Fry the meat on butter and spread over the soup.